“Jazz and Democracy” — by Bob Hecht

As someone who both adores the best qualities that jazz has to offer, and abhors our current national politics of polarization, I’m often struck by how the two realms of jazz and politics so dramatically conflict, in their respective expressions of two great American inventions.

It’s not supposed to be like that, though, because jazz and democracy,  theoretically at least, share so many core principles.

Jazz, I believe, contains the best of democratic values. In jazz, everyone has a ‘voice’ and a role to play. Of necessity, a jazz group is a flexible collective, with leadership roles continually shifting from one player to another. It’s essentially an ongoing and vitally alive conversation.

Sometimes, that conversation takes the classic form of ‘call and response,’ wherein one person’s expression is then answered by another, with ideas being traded back and forth and new threads added to create an entirely new, collaborative musical fabric.

Therefore, when it functions well, a jazz group reflects the individual band members’ needs and desires to communicate with one another—as well as with, of course, their audience (their constituents)—and to cooperate, to bend to the common good, to create something together. Isn’t that a lot of what democracy is supposed to be about?

By contrast, in the obstructive, intransigent politics of the day, there is apparently little or no desire to cooperate with one another or to bend to the common good—represented by the needs of the people, their constituents. In fact, there’s rarely even any agreement on what the basic facts are!

Such denial of truth would never happen in jazz, where B flat is always B flat! (Nor would it ordinarily happen in science, where it has been proved the world is not flat!)

To play together, a jazz group first has to arrive at a basic level of musical understanding, agreeing on a score or a song to play, the key they’re going to play it in, the tempo and rhythm, etc. With the ground rules thus established, each player is then free to improvise on the agreed-upon structure…but always with the needs of the other players—the common good—kept foremost in mind.

As clarinetist Anat Cohen has observed…”When you play jazz, you have to learn to have a conversation.”

Jazz in many ways is the art of conversation, of honest musical exchange, in which there needs to be space allowed for give and take between the participants. It’s all about listening to each other, and responding constructively, creatively, to what the other is saying.

Unlike what commonly occurs in the political realm today, the members of a jazz group can’t just say “No!” to their fellow colleagues (like denying a legitimate Supreme Court seat, for example)—or else the whole effort simply falls apart, the bandstand collapsing under the weight of conflict. You know, like Congress has collapsed under the weight of its conflicts.

Herbie Hancock has described jazz simply as “a dialogue.” And as I watch and read the news each day—and consequently have to battle not to become ever more deeply mired in hopelessness, cynicism and depression—I often wonder what it would be like if the intrinsic qualities and conventions of jazz were ever applied to our national dialogue.

Can you imagine such a world? One in which our politicians adopted the core values of jazz? I know…crazy, right? Because first the various ‘players’ would have to get on the same ‘bandstand’ together…and then they would have to reach some basic agreements (like facts are different than opinions)…and they’d need to honor their commitment to the same ‘score’—which is called the Constitution—and then they’d have to set forth with the desire and willingness to cooperate, to ‘play’ together with a common goal and with mutual respect, and to find ways to accommodate all the different individual ‘voices.’

Nat Hentoff once wrote, “There’s almost a touching belief in music as a cleansing, purifying, liberating force, as if jazzmen were the unacknowledged legislators of the world.”

Oh, if only they were our legislators, Nat, if only….

It is terribly sad and disturbing to see our democracy being ravaged and perverted in the many ways it appears to be in these rather dark days.

But, at least we’ll always have jazz. 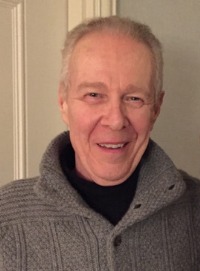 4 comments on ““Jazz and Democracy” — by Bob Hecht”